On the low end, a hunter can load up his trusty 4×4 and drive a thousand miles to some western state, set up a tent and hunt public land (along with everyone else) for probably $1,000 to $2,000 give or take.

That’s including licenses, tags, food, and gas. The price can be lowered somewhat, depending on how many hunting buddies are willing to cram into the truck.

The beauty of such a hunt is the relatively low price and the chance to pursue game not found in the midwestern, southern and eastern states where most hunters live.

Sportsmen who’ve never hunted farther away from home than the next county will find this type of hunt to be an excellent choice.

On the downside, success can be low and hunting pressure high, and someone will have to spend time to research the intended hunting area, plan the logistics and organize the “safari”–not a big deal if that someone has the time and the desire to do so.

The next lowest-price option is probably a self-guided hunt in Alaska or Quebec. These hunts will cost a touch more, generally in the $2,000 to $3,500 range.

On the positive side, these hunts are legitimate northern wilderness hunts for truly exotic big game, usually Alaska-Yukon moose or caribou, and the chances of tagging an animal or two are usually good.

On the downside, the price usually can’t be lowered much by bringing more hunting buddies along; many of the costs–a flight to Anchorage, say, and the air charter into camp–can’t really be split.

Odds are, the “guide” (yourself) will be inexperienced, which isn’t necessarily a bad thing but can cause trouble in a camp where some of the crew might measure success in the number of animals killed.

Then there are fully guided hunts, the ones where the hunter has only to pack the right gear and get to the nearest airport.

Today, more and more hunters are choosing this option. The biggest stumbling block is the price.

Please don’t shoot me–I’m just the messenger. Believe me, I understand that, for most of us, just coming up with enough cash to hunt locally hurts, let alone coughing up an amount of money equivalent to what it costs to send a kid to college for a year.

That said, indications are that increasing numbers of hunters are booking the all-inclusive, fully guided trips.

But as we reach deep into our pockets to pay for big hunts, we have to ask, Are we spending the money wisely, relatively speaking?

And once we ask that question, the next logical one is, What hunts offer the best bang for the buck? Here’s my take on it. 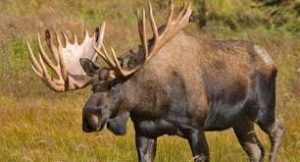 In my opinion, the best value in North America right now is a moose hunt. Moose are big, exotic and sport the largest antlers of any of the “deer.”

They live in the forests of North America from coast to coast, and hunting success rates in many areas run quite high. Moose can be aggressive during the rut, and at this time the hunter can be pro-active–calling a bull in for heart-stopping action.

Then there’s the added bonus of the 500 pounds of the best wild game meat ever to grace the inside of a freezer.

Deciding where to go can be tough, but you can narrow it down by focusing on which subspecies you’d prefer to hunt.

The smallest, the Shiras moose (also known as Wyoming moose), lives south of the U.S./Canada border. Unfortunately, Shiras moose tags are difficult to come by and are usually available on a draw-only basis.

The other methods of getting a license (buying a tag at auction, for example) are too expensive.

The Alaska-Yukon moose is the largest of the moose subspecies, and it can be hunted on a self-guided basis–although that can be a difficult proposition for a nonresident. And for a fully guided jaunt, you’ll pay up to up to $12,000 for the most expensive hunts.

That leaves the Canada moose, still big by every measurement except price. Expect to pay in the $6,000 range (including airfare) for a good hunt where the chance to take a big bull is reasonable and the possibility to kill a good, representative bull is excellent.

I’d head to the northern mountains of British Columbia. Book a hunt far enough north, and a bull might be an expensive Alaska-Yukon moose in the summer but an affordable Canada moose once it migrates a few miles south for the winter. The boundary separating the two moose subspecies is a line on a map–not an actual physical boundary.

The best moose hunting will normally require a floatplane trip and some horseback hunting, possibly boat hunting as well, and the best time to hunt will normally be late September when the rut is in full swing.

If you can afford it, save up a few extra dollars to pay trophy fees for “incidental” animals you might bump into during your moose hunt. Grizzly bears and caribou can be common in British Columbia moose country. 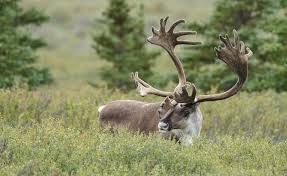 Caribou are about as affordable as fully guided hunts get.

Figure $4,000 to $6,000 depending on the quality and quantity of the animals the outfitter has in his territory and the number of caribou you want to kill.

Most hunters look to the Quebec-Labrador caribou, and sportsmen by the thousands flock to the French-speaking section of Canada to participate in all the guided-hunt variations found there.

But in my opinion, this subspecies doesn’t offer the most value in terms of a fully guided hunt. Neither would I choose the smallest in antler and least expensive to hunt (the woodland caribou of Newfoundland) nor the largest-bodied and most expensive to hunt (mountain caribou).

I choose the latter.

There are hundreds of thousands of central Canada barren ground caribou hanging out around the Arctic Circle, and although they are the fourth-largest in terms of antler size, they arguably have the largest antler size relative to body size of any of the caribou. In other words, they look great.

The outfitting industry servicing the demand for these animals is less than 20 years old, and new opportunities and areas are opening up yearly.

Quebec in its heyday produced many monster caribou, and I feel that the largest central Canada barren ground caribou haven’t been taken yet.

Some outfitter will find a pocket of exceptional animals that will rewrite the record books.

The hunt is certainly an adventure, and the Arctic tundra in autumn is spectacular. Most of the hunting is done from boats or quads these days, and access to the main camps is generally by charter bush plane.

The best advice I can give is to be sure to book with a reputable outfitter who has good references. Some of the new operators are good and cheaper, but not all are entirely professional. Because the industry is so young, the chaff hasn’t yet separated from the wheat. 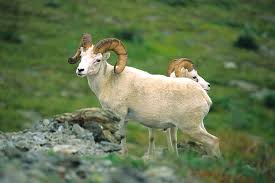 Sheep hunting is the most expensive proposition in North America. At the high end, a 10-day desert sheep hunt in Mexico will cost the equivalent of a full-blown luxury car, and even a middle-of-the-road hunt for Stone’s sheep or Rocky Mountain bighorn will cost half that.

That leaves Dall’s sheep hunting–the one and only “affordable” sheep hunt (and I use the term loosely). These beautiful white creatures are not only considered by many to be the most attractive of the North American sheep subspecies, but they also live in some of the most remote country left on the continent.

Cheapest or not, a Dall’s sheep hunt will still set the hunter back a pretty penny–$7,500 to more than $12,000. So why do I consider these sheep, expensive as they are, a top-five value?

The reason has more to do with what I see happening in the future of sheep hunting than it does the price. First off, there won’t be more sheep hunting opportunities for nonresidents in the future. The supply will likely diminish, the demand will grow, and prices will skyrocket as a result.

Where should you go?

That’s simple: Alaska or bust. The Yukon and the Northwest Territories have big Dall’s, but the prices are climbing quickly. Alaska still has good hunting, prices are decent and outfitters are legion. My advice is to do your homework carefully.

It’s one thing to book with the wrong outfitter when there’s not much money involved, but the investment alone means you should choose carefully when you’re paying for a Dall’s sheep hunt. 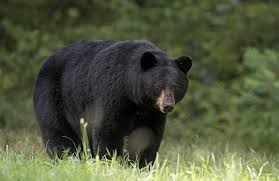 Black bear hunting has always been a bargain, no matter how you slice it. They have the widest range of any big game animal in North America and are arguably the second most sought-after big game animal on the continent.

They can be hunted from coast to coast and from Arizona to the Arctic. There are hunts of every flavor available for every taste: over bait, with hounds, and through spot-and-stalk. Best of all, prices are the least expensive of all fully guided big game hunts.

A black bear rug is a wonderful thing, and bear meat, handled properly–meaning fat and bones removed–is excellent (unless the bear is a “dump” bear feeding on human garbage.) For the first-time traveling hunter, a black bear hunt is a good choice.

It’s not too expensive, not high pressure, not time-consuming and, best of all, the added element of danger makes black bear hunting plain old fun. There isn’t anything quite like sneaking up on a huge animal that has been known to eat people.

You get what you pay for; the cheaper the hunt, the lower the odds of bringing back a trophy boar. Right now there are some huge bears being taken in western Canada and Alaska.

Alberta is the cheapest of the best places to hunt really big black bears, and a hunter can take two if so desired, but the hunts are for the most part baited hunts. I have nothing against baiting. I own a baited black bear operation in Saskatchewan, but, in my opinion, sitting doesn’t compare to sneaking.

So that leaves Alaska and British Columbia if you’re looking for trophy bears. Alaska is fine; it has big bears but is fairly expensive to get to–especially when the destination is along the coast, where most of the largest black bears live.

British Columbia, on the other hand, is filled with black bears from top to bottom, and you can take two if you want. Baiting is not allowed, and black bear densities are among the highest in the world.

These shaggy leftovers from the Ice Age live in one of the most godforsaken, windswept but strangely beautiful places in the world.

For the money, the hunt is hard to beat–not only for the exotic nature of the quarry but also for the sheer adventure. The Inuit culture is fascinating, and without muskox hunting there just wouldn’t be any way for a hunter to interact with these hardy people.

Basically, a muskox hunt is the poor man’s polar bear hunt; it has almost all the adventure at a fraction of the price. Granted, a muskox won’t eat you, but a provoked muskox bull is a formidable and dangerous animal.

Not only that but any time a hunter ventures so far from civilization, there is always the chance of something going haywire. That’s the adventure part–good fear value for the money.

Such a hunt will set a hunter back about $6,000, and the odds of successfully tagging up on a good bull muskox are nearly 100 percent for reputable outfitters.